I woke up at 3:00 a.m. and could not get back to sleep. I was just turning and twisting in bed and decided to get up to finish packing at 3:40 a.m. At 4:50 a.m., I went down to the reception and the co-owner has already opened the hotel door. A taxi was waiting outside. A day earlier, the owner told me I could leave at 5:00 a.m. and it would take half an hour to reach the domestic terminal, in time for check in for my flight at 6:30 a.m. The taxi actually took only 15 minutes to reach the airport.

The domestic terminal seemed like any other airport, but there was no modern technology in use. My baggage was screened before I could enter the check-in hall. There were no Air KBZ check-in counters. When I inquired with a worker there, he told me the check-in counters for Air KBZ was at an adjacent hall, out of sight of the first hall where I was in.

Instead of an announcement over the public address system as we have come to expect, an employee of the airline concerned would stand at the door of the departure gate, held up the placard stating the flight number and announced at the top of his or her voice that it was time for boarding. This was a new experience for me.

I made an acquaintance of NTHA, a journalist from Vietnam on the plane. She was sitting beside me on flight K7-222. She had another two friends with her, who were journalists too. They were all born and raised in Hanoi and are proud Hanoians. They had been travelling a lot around South-East Asia and are very experienced flashpackers. We had common interests and it was interesting to listen about her experience.

From the air, I could see that Bagan was different. The land was semi-arid. There were more surprises too, for I had always thought that Bagan is a modern town like Yangon, full of concrete buildings, albeit smaller in size. I have never realised that Bagan (or rather New Bagan) is more like a village with dirt roads. 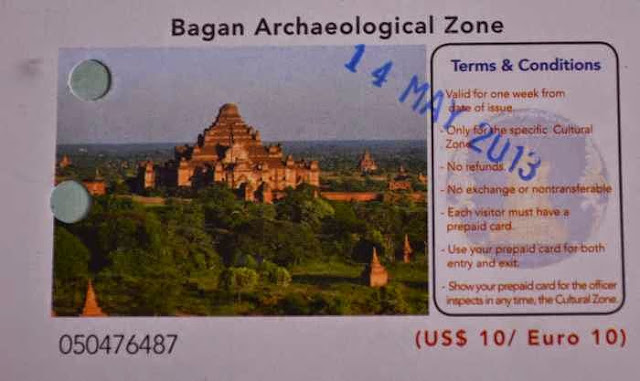 Instead of going to Old Bagan, I decided to join NTHA and her friends to go to New Bagan. This would save me some taxi fare, as well as theirs. The White House owner had actually told me that the fare should not be more than 6,000 Kyat based on the feedback received from another hotel in Old Bagan. We used that as our reference point to bargain the fare with the driver but he was steadfast. He said 6,000 Kyat was the fare to Old Bagan and 7,000 for New Bagan. New Bagan was farther away. The fare to Nyaung Oo, the nearest town, was 5,000 Kyat. In the end, we gave up. My share of the fare was 2,000 Kyat (saving me 4,000 if I were to go to Old Bagan).

NTHA and her friends had booked a triple room with Mya Thida Hotel through Agoda. I did not have a booking. It was the low season and I was optimistic I could easily get a room in New Bagan. When we arrived at Mya Thida Hotel, I went to the reception desk. Aung Su Wint came out and greeted me and asked whether I was the one who had booked the room and was arriving that morning. I said no and told him it was the girls. As expected, a single air-conditioned room was available for USD25 per night and I decided to take it.

While registering our names at the reception desk, we inquired with Aung Su Wint and his partner about getting a horse-cart to see the temples and pagodas. They replied that the horse-cart was 20,000 Kyat per day and a bicycle was 3,000 Kyat per day. He suggested that instead of taking the horse-cart, we could hire their air-conditioned van, which would cost 45,000 Kyat per day. He said the cost would be almost the same as hiring two horse-carts, since a horse-cart could only take two passengers. We tried to bargain with them but were unsuccessful. In the end, we discussed among ourselves and agreed to take the van as we could cover more places in the comfort of an air-conditioned van. Aung Su Wint also agreed to reduce the price to 44,000 Kyat and my share of the cost was 11,000 Kyat. 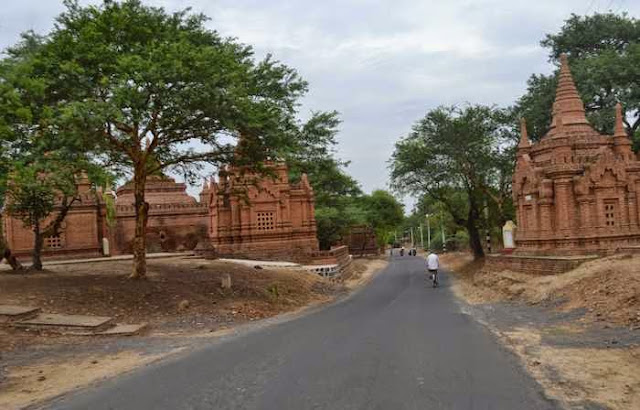 During our tour, there were intermittent drizzles in the afternoon. The wet weather was said to be the effect of the tropical storm Mahasen and was expected to strike Bangladesh on 16th May. At least, it cooled down Bagan and made the weather more bearable.

By the time we left our last stop at Thisa Wadi Pagoda, it was already 6:50 p.m. and getting dark.