I received a surprise email from the boss secretary that I have been invited to a harbour cruise. I have been to the harbour cruise on two or three occasions before and was not very keen to join. However, the email also stated about swimming. Curious, I called the secretary and was informed that we would be going to Fisherman's Island. That got me interested as I had been told that it is a beautiful island. What had prevented me from arranging a private trip there have been the issues of security and safety travelling in a small private dinghy in a small group. Here was my first opportunity after having lived in Port Moresby for over 6 years.

I arrived early with a colleague to Port Moresby Yacht Club at 8:30 a.m. The schedule departure time was 9:00 a.m. We were too early and went looking for the yacht at Finger A but it was not there. On checking with another colleague over the phone, I was told that it was berthed outside the club area, at a pier designated for boarding and disembarking from yacht. 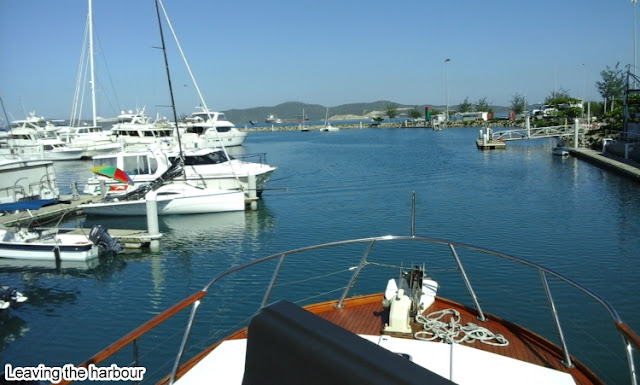 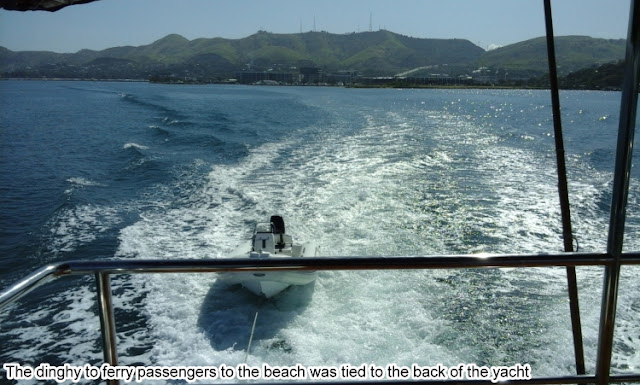 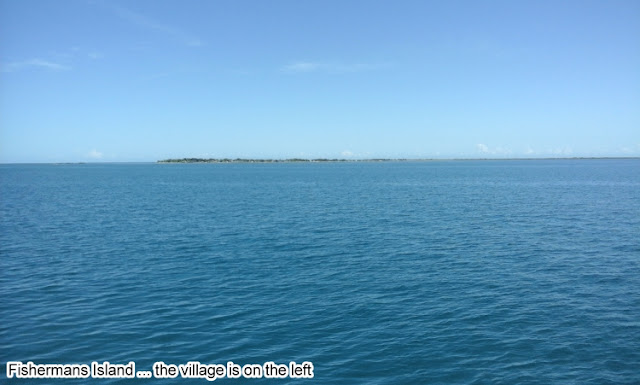 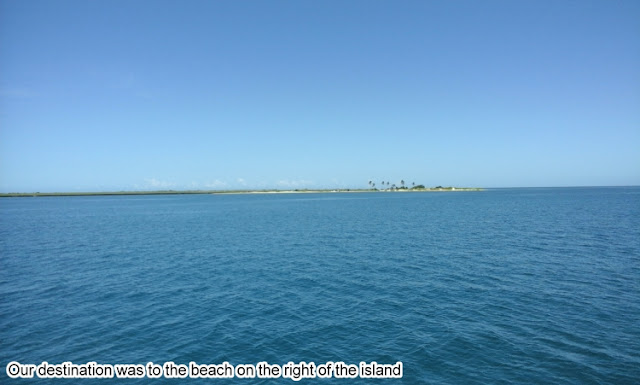 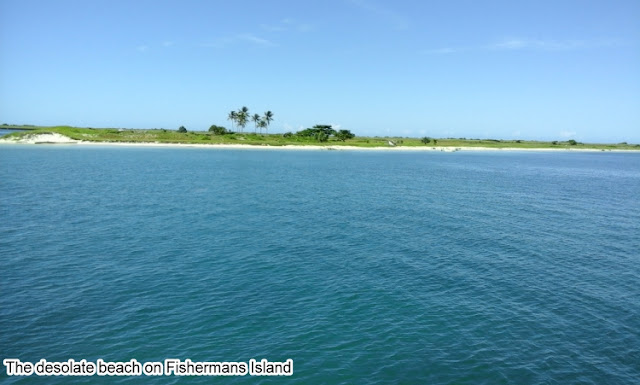 Our yacht could not land very close to the shore and we had to take a dinghy to the beach, which was just a short distant away. 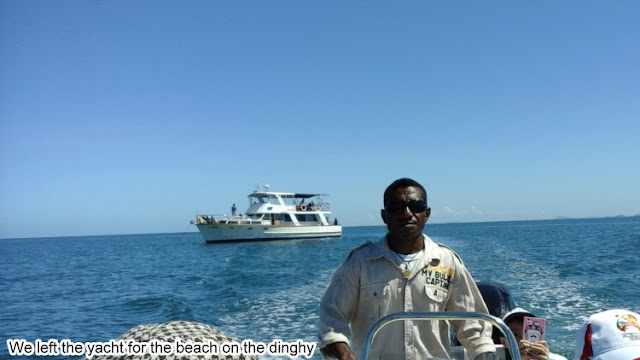 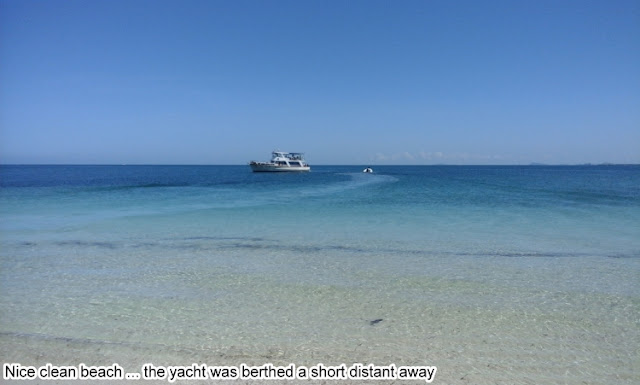 The beach was not exactly pristine, with dead grass along the whole stretch of the shore and small amount of plastic waste brought in by the tide and waves. If there was no dead grass, it would look almost perfect. 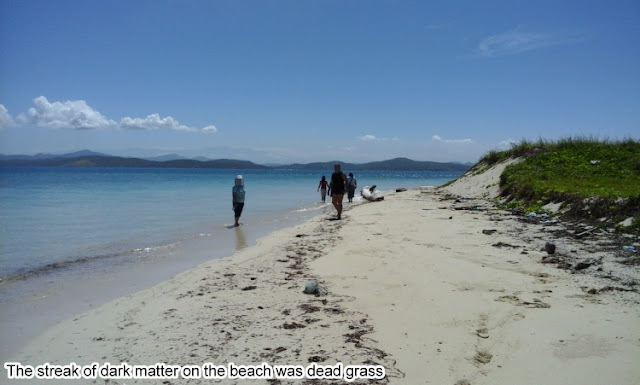 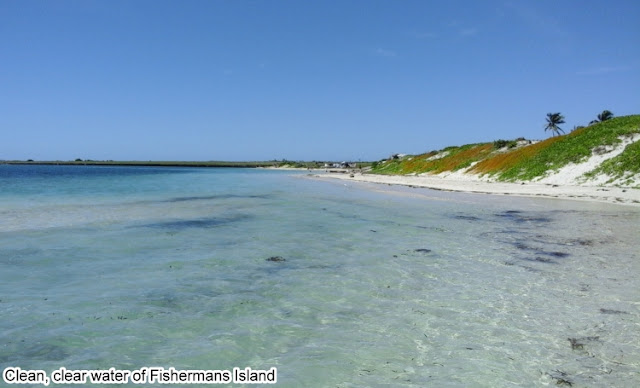 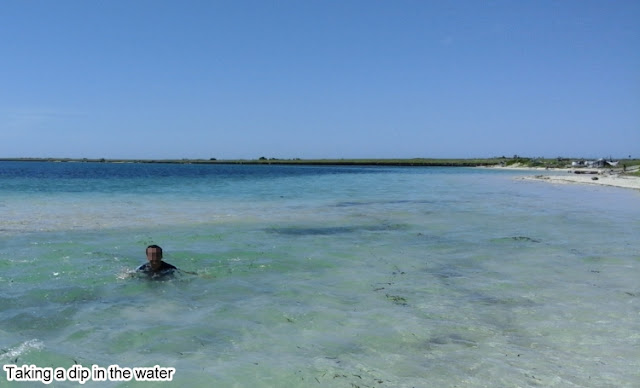 Except for a colleague and me, the rest did not come prepared for a swim in the sea. They were strolling along the beach and taking photographs only as there was nothing else to do. We stayed for a short time only before returning to the yacht and back to the harbour. 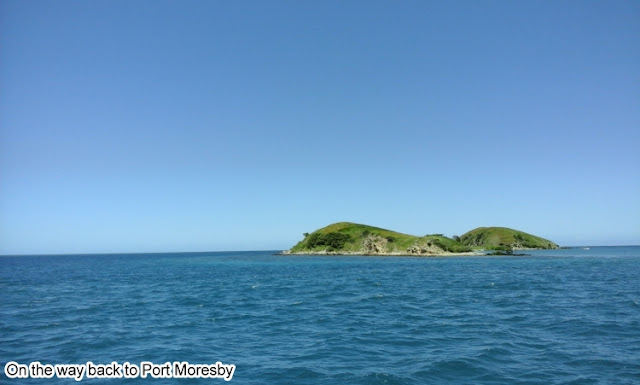 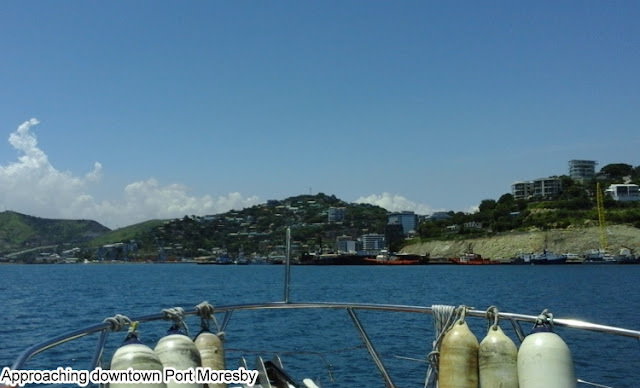 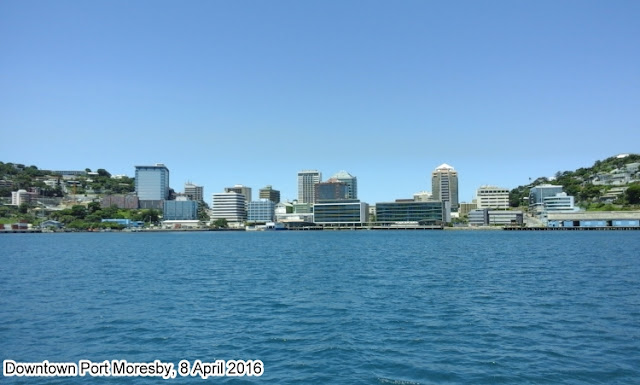 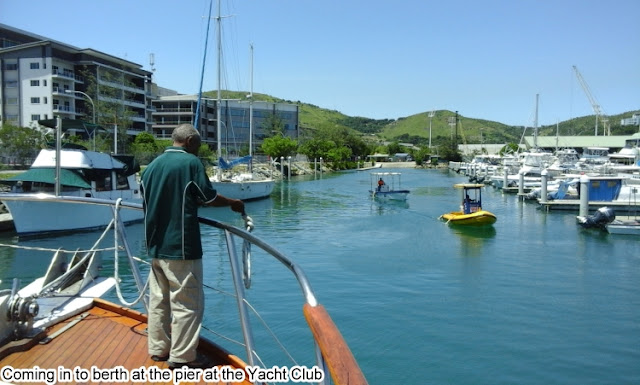 Posted by One Short Life at 5:36 PM No comments: