This was my first business trip after returning to PNG in early April. I had two full days on Thursday and Friday to cari makan in KL, as my boss flew off for another business trip on Thursday while I awaited my trip back to PNG on Saturday.

With the time available, I went exploring other parts of KL, something which I have never done alone before. In the past, I had only a night and a morning before going to the airport to catch the flight to Sibu or Singapore/ PNG in the afternoon. Usually, that meant going window shopping around Bukit Bintang area. This time, I had more time to explore places further away, including taking the Kelana Jaya Lines and KTM Komuter train to Petaling Street/ Central Market and Mid-Valley respectively on my own.

First, during the few days with my boss, one of the restaurants that we went was Loon Sing Restaurant. We were on our way by car from Johore to KL with a business partner when we stopped by at this restaurant which was famous for the Fuzhou dish, Buddha Jump Over the Wall dish. 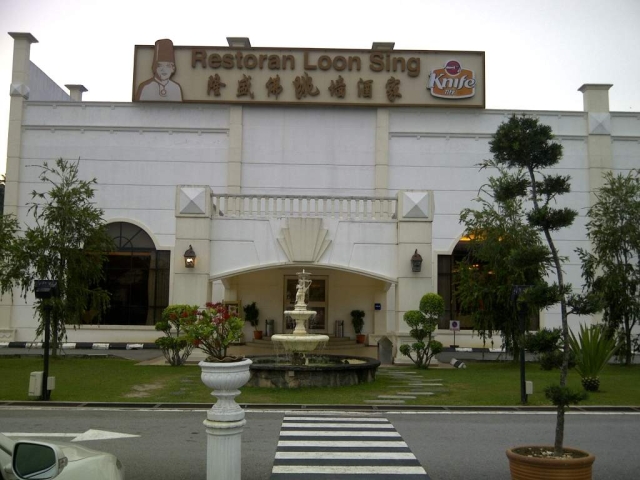 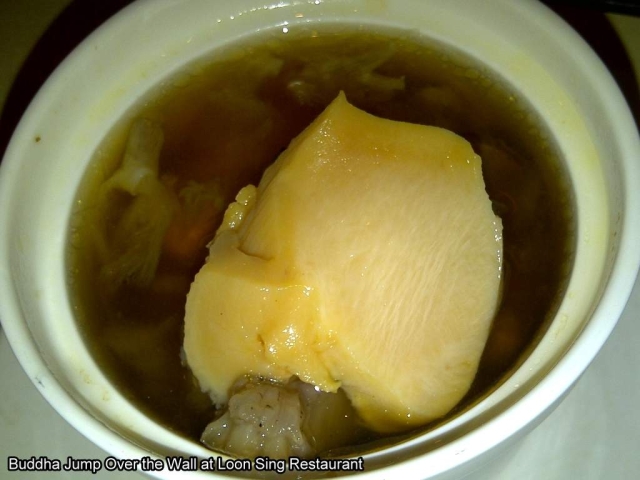 Anyway, during the few days with my boss and the business partners, we had breakfast at the apartment where we were staying and dined at restaurants. During those meals, I hardly took photographs. I did not want my boss asking me questions which I would find too awkward to answer. However, when I was on my own, I dined at hawkers stalls. What a contrast!

That Thursday, after doing my shopping for a portable hard disk and other accessories at Low Yat Plaza, I took an early lunch at Venny Restaurant which lies behind Capitol Restaurant/ beside Low Yat Plaza. 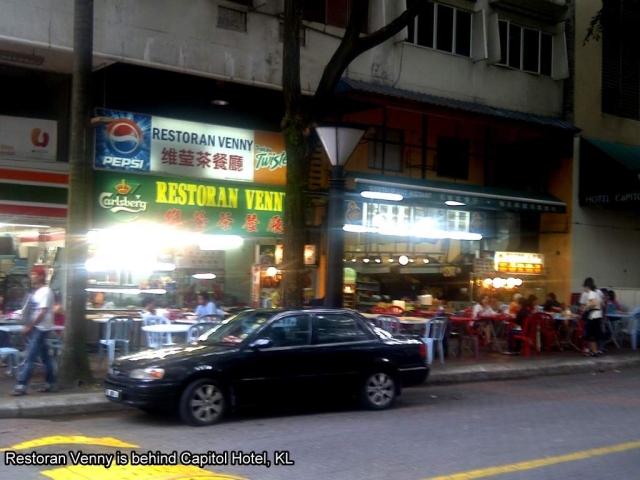 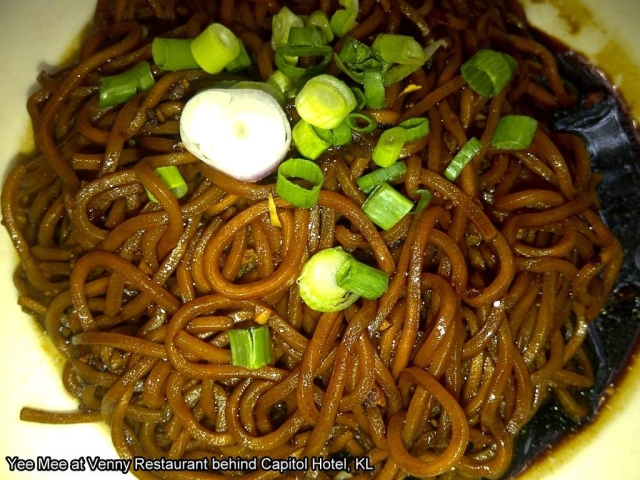 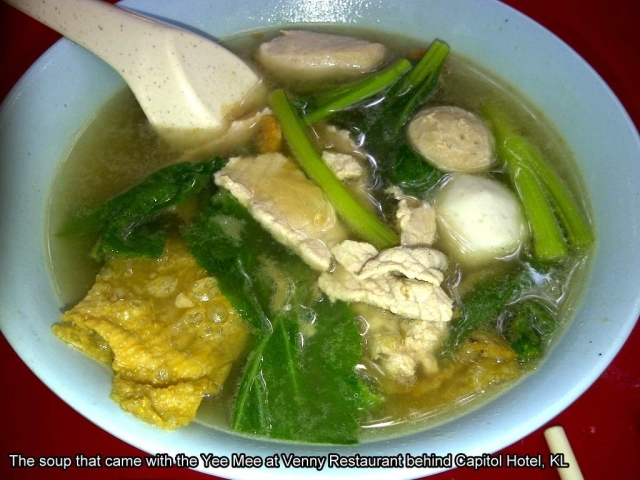 That afternoon, I went to Petaling Street on Kelana Jaya Line train, departing from KL Sentral. At a kopitiam there, I saw big steamed meat buns being sold and had one. After doing my shopping for a pair of shoes and other items, I came to the food court somewhere at Petaling Street where I had a plate of mixed fried Kuey Teow and noodle. It was quite appetising. 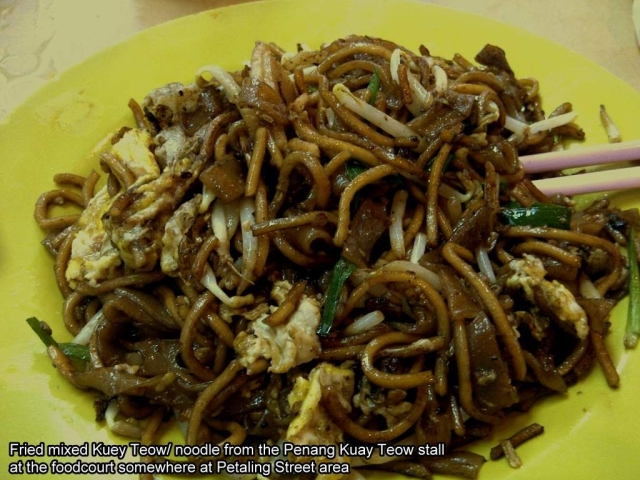 On Friday morning, I had nasi lemak at a street stall. I then went to look for more breakfast and got myself a plate of fried noodle with clams somewhere near Jalan Imbi. 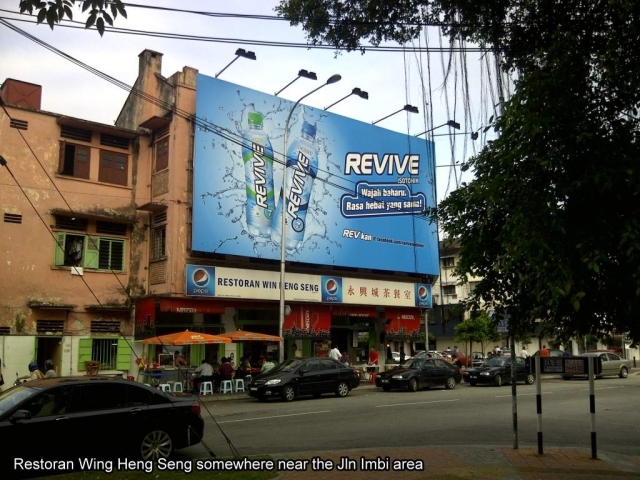 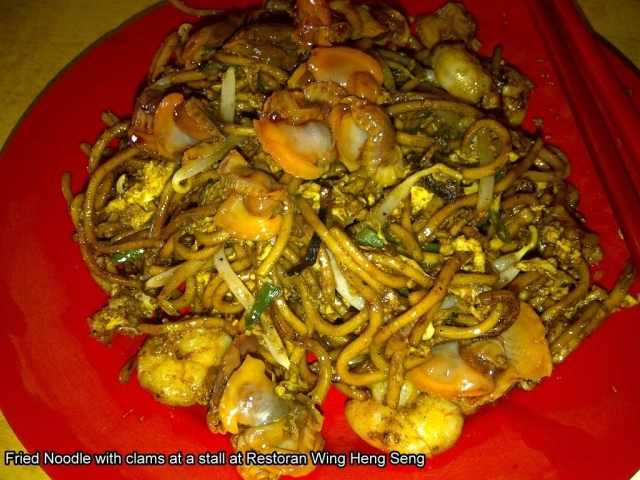 From there, I wander around the area but found myself lost. I kept walking and found myself at Jalan Raja Chulan, and soon the Masjid Jamek stations. Being unfamiliar with the train system, it took me a while before I got to the right station to get my ride to KL Sentral. From KL Sentral, I took KTM Komuter train to Mid-Valley. After having done my shopping there, I returned to KL Sentral and on the way to the KL Sentral monorail station, I stopped by Restoran Nasi Kandar Zafeeras for lunch. 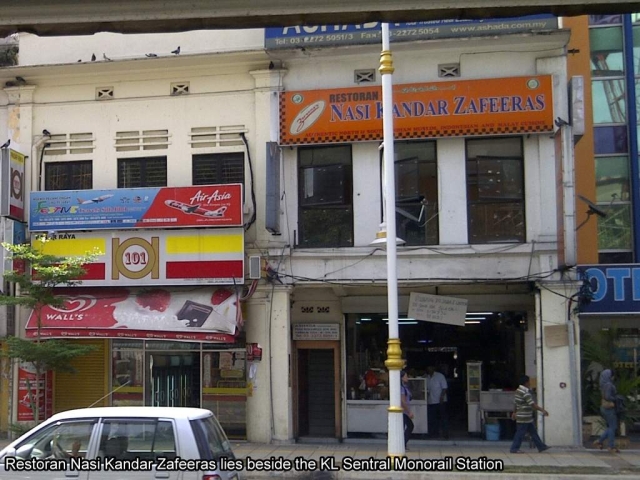 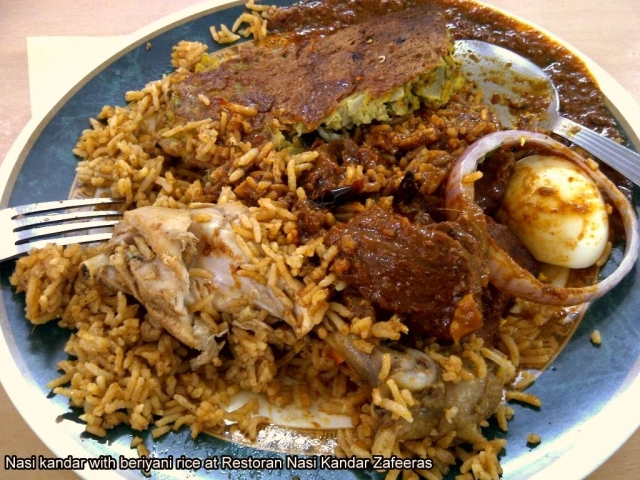 That evening, I decided to have an early dinner, before Jalan Alor got too crowded. I had Dim Sum there. 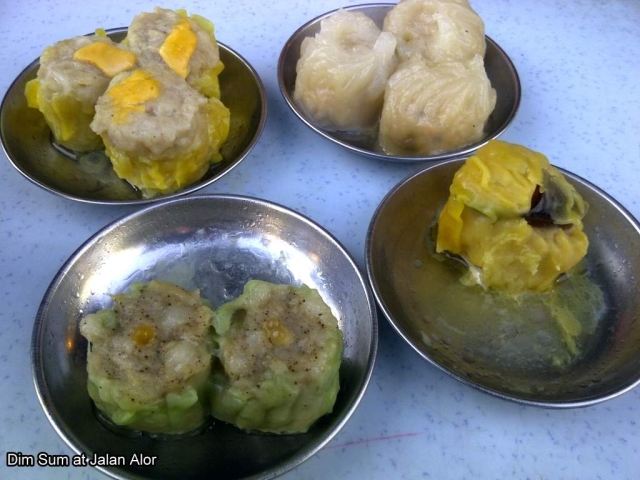 On Saturday morning, I decided to look for breakfast somewhere near since I had to leave KL for KLIA before 12 noon for my onward flight to Singapore that afternoon en route to Port Moresby that night. It was good curry noodle. 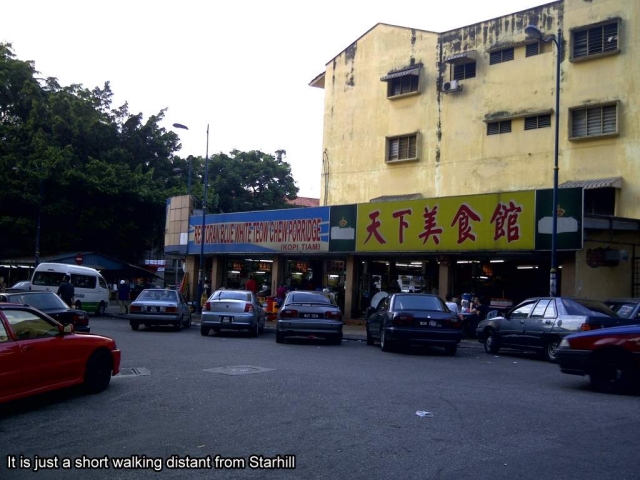 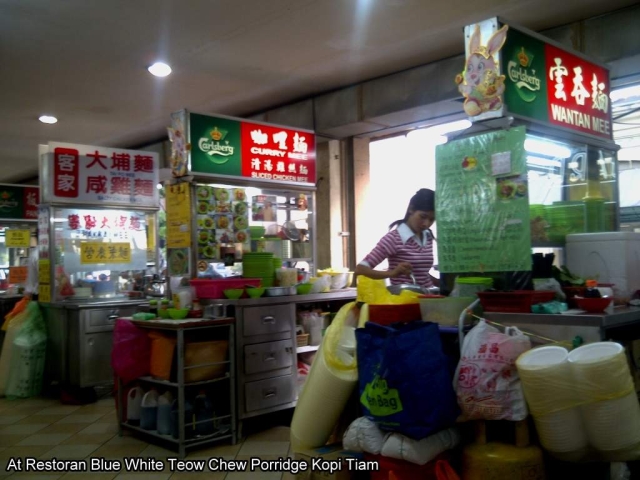 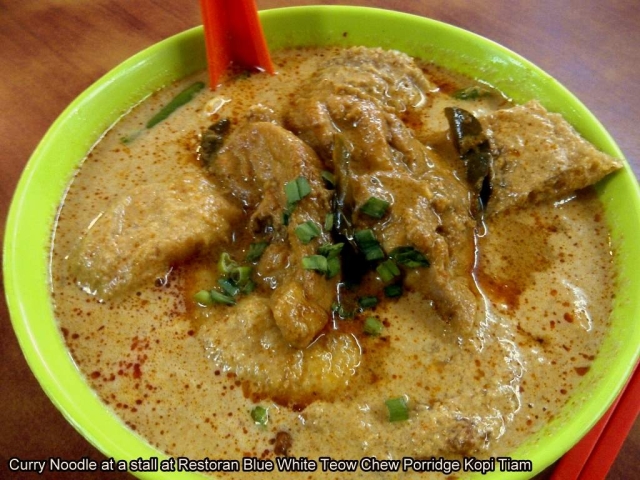 Much has been written about the dare-devil Chinese drivers. They were infamous for breaking traffic rules, especially in overtaking other vehicles in dangerous situations. They were known to instill fear among western visitors because of their driving habit. Is this true?

During my last journey from Yangshuo to Guilin, I witnessed several unthinkable acts of ruthless driving, not only by our bus driver but others as well. I saw our bus being overtaken several times in dangerous situations. The local passengers did not even utter a hoot. The following is just one example of their ruthless driving.

Posted by One Short Life at 9:50 AM No comments: